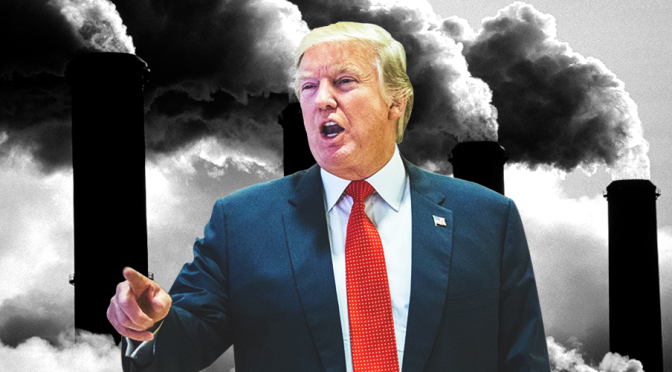 Shortly after the election of Donald J. Trump as 45th President of the United States in November last year, Jane Lê and I were asked by the University of Sydney Business School to imagine what the US would look like in 2019, two years into the new Presidency. So we cast caution to the wind and decided to record a ‘What If’ podcast imagining what Jan 2019 might look like in the US with respect to the environment, energy and climate change.

Jane is an Associate Professor at the Business School and leading an Australian Research Council Discovery project into the human side of energy security, so well placed to comment on current debates on energy and renewable reinvention. My contribution was more around the climate change aspects of Trump’s likely policy agenda, particularly his threatened winding back of former President Obama’s clean energy legislation and commitment to the Paris climate agreement.

You can listen to the podcast below, but it’s clear that having recorded this interview only 3 months ago the Trump regime’s war on the environment has rolled out far faster than we could have imagined; an environmental blitzkrieg as opposed to the grinding trench warfare conservatives usually enact upon nature. Today’s Presidential signing of an executive order to rewrite key rules curbing US carbon emissions highlights how focused the current administration are in supporting their ‘fossil fuels forever’ imaginary. A grim future indeed!