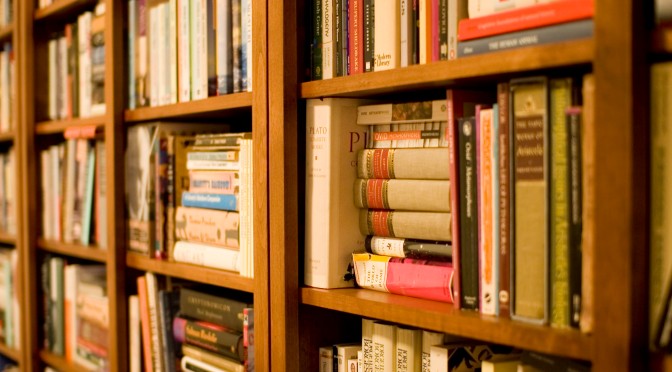 In December 2015 world leaders gathered to proclaim climate change was a threat that they were (finally) going to do something about. After two weeks of speeches and haggling, the deal was done, the world saved. Never mind that the text was silent on fossil fuels, and that in the following week the UK government expanded fracking, the US rescinded a forty year old ban on oil exports and Australia gave new permits for coal mines. Those are minor pesky details; corporate capitalism has the best interests of everyone – rich, poor, black, white, the unborn generations to come, other species – at heart.

I jest, of course. Gallows humour is all one can muster after reading this excellent and alarming book, which clearly lays out the “processes of creative self-destruction” and the myths we choose to believe and propagate. The authors start as they mean to continue – on page one they state “We are destroying ourselves. It is as simple as that. Economic growth and the exploitation of nature have long gone hand—in-hand, but they now constitute the most ill-fated of bedfellows”. In line with the work of Naomi Klein (2014) (whom Wright interviewed on her recent Australian tour) they argue that “the particular neoliberal variant of late capitalism that now dominates the global economy places humanity at a strategic disadvantage in responding to the threat of climate change” (p. 4), given its demand for ever-higher levels consumption. Wright and Nyberg are not however, misty-eyed hippies dreaming for a return to social democracy of the post-war period, but rather business professors with many years of research into the corporate world under their belts.

Through nine chapters they set out their case, which involves “revoking Schumpeter’s concept of ‘creative destruction’ as a source of economic and social dynamism” and instead characterising “the link between economic growth, corporate innovation, and environmental destruction as a process of ‘creative self-destruction’ in which economic expansion relies on the continued exploitation of natural resources” (p. 6). They give clear descriptions of climate change, corporate capitalism, the successful incorporation of mainstream environmental critique in the 80s and 90s via the win-win rhetoric of “ecological modernisation” through the success of corporate political activity (coalition building and doubt-mongering), to the present impasse.

The book has many strengths. Its third chapter, on “Climate change and the corporate construction of risk” would be a useful reading for undergraduates, as would the fifth chapter on “justification, compromise and corruption”, which uses the work of Boltanski and Thevenot (2006) on “legitimate orders of worth” to great effect. The same could be said of the eighth chapter, which skewers three myths – corporate environmentalism, corporate citizenship and corporate omnipotence.

The empirical meat of the book, based on extensive interviews with “sustainability managers” in large Australian corporations, is fascinating. The authors illustrate their main theoretical points, while also letting people speak for themselves. There is a clear trajectory for these interviewees, at first believing they can change the system from within, before gradually realising that their dreams will come up against not only “harsh economic realities”, but also the short-termism and strong “anti-green” culture of the corporate world.

The book of course has weaknesses. The final, obligatory, section on “what is to be done” is not particularly convincing (I suspect even to the authors), laying out some ways in which the question(s) of climate change could be reframed, but silent on social movements and trades unions failure to act effectively. The historical actor has not arrived on the stage, and may never do so…

A reader from the majority world might argue that the distinction between survival emissions and luxury emissions are underplayed, as is the structural violence of debt and colonialism. The excellent section on risk perception could have been strengthened by reference to Stanley Cohen’s work on states of denial, or to “terror-management theory”. Fans of James O’Connor’s second contradiction of capitalism (see p. 33), or the notion of a “metabolic rift” will feel aggrieved. The chapter in which the authors try to explain the mismatch between the scale of the problem and the scale of the purported solutions (a little more renewables here, a little more energy efficiency there) could have usefully referenced Pacala and Socolow (2004) on “stabilisation wedges”. There are some minor glitches (a relief to the reviewer, who is thanked in the acknowledgements) such as the mis-dated birth of the Global Climate Coalition (1989, not 1990, p. 75) and the Age of Stupid (2007, not 2011, p. 148) and the carbon tax debate (2011, not 2010, p. 149).

These are simply quibbles though. This book, aimed at researchers and graduate students, has thirty (!) pages of references to keep them busy until the imminent apocalypse. Given the breadth of literatures the book expertly spans, those might be scholars of organisational studies, environmental politics or any of a number of fields. While Wright and Nyberg write clearly, without any of the abstruse theorising and flourishes that can hamper clarity, this is probably not a book to thrust into the hands of a skeptic or someone just starting out on figuring out how we got in this mess. But that was not its purpose; it set out to puncture the myths of corporate sustainability (in every sense), and in that it has succeeded handsomely.

Klein N (2015) This Changes Everything: Capitalism vs the Climate. New York: Simon & Schuster.

One thought on “Capital & Class Review of Climate Change, Capitalism and Corporations”