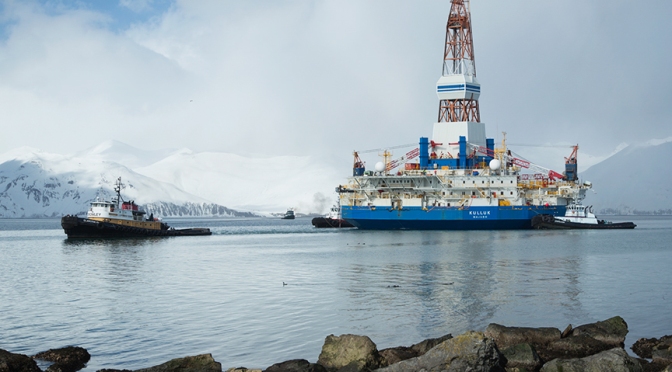 Global businesses, many of them now larger and more powerful than nation states, exhibit enormous sway on humanity’s response to the climate crisis. Indeed, in the lead-up to the Paris climate talks later this month there is growing media focus on so-called business “leadership” on climate change. For instance, just last month Royal Dutch Shell, General Electric, BHP Billiton and management consultancy McKinsey & Co. announced the establishment of a committee to advise governments on how to combat global warming while strengthening economic growth. This follows other announcements such as Unilever’s chief executive officer, Paul Polman, emphasising the need for private sector mobilization to close the shortfall in emission commitments made by governments, as well as Virgin’s CEO Richard Branson who has argued that “our only hope to stop climate change is for industry to make money from it.”

These proclamations need to be viewed in the broader context of business opposition to the fundamental economic change necessary to avoid dangerous climate change. A good example of the duality of this corporate engagement has been the recent revelation that oil-giant Exxon, for decades a leading opponent of carbon regulation and funder of climate change denial, has since the mid-1980s been well aware of the disastrous implications of fossil fuel use for the Earth’s climate. This self-serving logic parallels other well-known examples of business obfuscation such as BP’s infamous ‘Beyond Petroleum’ greenwashing in the early 2000s, and more recently Peabody Energy’s marketing of coal as a response to “energy poverty” in the developing world.

How then to make sense of the mixed messages from corporations on climate change?

In our new book, Climate Change, Capitalism and Corporations: Processes of Creative Self-Destruction, Daniel Nyberg and I explore the role of corporations and corporate capitalism within the climate crisis. We argue that while many global businesses promote a message of “action” and “leadership”, this ignores the deeper problem 0f how corporate capitalism is locked into a cycle of promoting ever more creative ways of exploiting nature and destroying a habitable climate.

While the last two centuries of industrialisation and capitalist expansion have promoted a mythology that economic development leads to environmental improvement (the so-called ecological modernisation thesis), climate change fundamentally challenges these beliefs. Despite the growing uptake of the language and practices of “sustainability”, “corporate environmentalism” and “green growth”, humanity’s degradation of the environment has in fact accelerated. We can see this not only in the physical manifestations of climate change – the melting Arctic, record-breaking droughts and floods, rising sea levels and ocean acidification – but also in the destruction of habitat and declining biodiversity.

Humans have become a force of nature and scientists argue we are now entering a new geological epoch, the so-called “Anthropocene”. One of the defining features of this new age of humans is the loss of vast numbers of animal and plant species – what writer Elizabeth Kolbert has termed the “Sixth Great Extinction”. As a result, in a relatively short period of time, global capitalism, powered by fossil-fuel based energy, has changed the very chemistry of the atmosphere and oceans with devastating consequences.

In our book we argue that global capitalism is now locked into a process of what we term “creative self-destruction”. By this we mean our economies are now reliant upon ever-more ingenious ways of exploiting the Earth’s fossil fuel reserves and consuming the very life-support systems we rely on for our survival. This is evident in the rush by the world’s largest companies to develop new sources of fossil fuels such as deep-water and Arctic oil drilling, tar-sands processing, new mega-coalmines, and the “fracking” of shale and coal-seam gas. This is occurring at the same time as crucial carbon sinks such as the world’s forests and oceans are being ever further denuded (witness for example the massive forest fires now raging across Indonesia aimed at converting rainforest into plantations for palm oil and paper).

We argue that as the folly of our fossil fuel path has become ever more evident, so the corporate response has reinforced the grip of creative self-destruction. A great example of this fossil fuel lock-in was the announcement earlier this year that a significant portion of funding for the upcoming Paris climate talks comes from major fossil fuel companies and carbon emitters. This was a situation that French climate officials admitted was unfortunate but financially unavoidable if the talks were to proceed!

Indeed, Plan B for climate response has involved growing discussion by businesses and technocrats of “geoengineering”. This includes proposals such as the dispersal of sulphate particles in the atmosphere to dim incoming solar radiation, increasing the reflectivity of clouds or even “fertilising” the oceans through encouraging algal blooms. Despite the likely catastrophic side effects (these plans have after all been compared to chemotherapy for a dying planet!), money and resources are beingswiftly mobilised around these technocratic “innovations”.

These examples highlight both the inventive genius of corporate capitalism, and the blindness of industry and government to the ecological catastrophe they are fashioning. We argue this is how we have arrived at a political discourse whereby blocking out the sun or seeding the oceans are somehow seen as sensible options in responding to climate change. This framing allows us to accept that corporate capitalism is able not only to solve the climate crisis it has created, but to actually engineer a new climate.

Of course, a key question is how large corporations are able to continue engaging in increasingly environmentally destructive behaviour despite the disastrous consequences for human society and a livable climate? In our book we argue that corporations and their spokespeople are able to achieve this by incorporating criticism and reinventing the daily ritual of “business as usual” as a perfectly normal and ecologically sound process.

For instance, through the narrative of “green” capitalism, corporations and markets are portrayed as the best means of responding to the climate crisis. Underpinning this view is the, as yet unproven, claim that new technologies and markets can decouple economic growth from environmental impacts. So as we document at length in the book, many large companies have established new roles and practices aimed at improving their eco-efficiency, greening their supply chains, producing new green products and services, marketing and branding their environmental worthiness, and reporting on their “sustainability” upon a range of industry metrics.

This sparkling image of corporate environmentalism and business sustainability falsely promises no conflicts and no trade-offs. Here, it is seen as possible to address climate change while continuing the current global expansion of consumption. In contrast to the blinding evidence of ever-escalating greenhouse gas emissions, this comforting political myth promises no contradiction between material affluence and environmental well-being. We can have it all and, according to the myth of corporate environmentalism, avoid climate catastrophe!

Moreover, we point out that citizens are increasingly called upon to enrol in this mythology as active constituents in corporate campaignsagainst improved emissions standards or carbon taxes, as well as consumers and “ecopreneurs” in the quest for “green consumption”. We have thus become the brands we wear, the cars we drive, the products we buy; and we are comforted to find the future portrayed as “safely” in the hands of the market.

The supremacy of “business as usual” thus exacts a powerful grip on our daily thinking and actions. It is a grip strengthened by the promotion of every new “green” product, a grip tightened through the establishment of sustainability functions in business and government, and a grip defended with every “offset” we purchase for a flight to a holiday destination.

Of course, this is also a vision that fits well within the dominant economic ideology of our time; neoliberalism. Alternatives, such as state regulation and mandatory restrictions on fossil fuel use, are viewed as counterproductive and even harmful. For instance just a few weeks ago we heard our Prime Minister invoked the so-called “drug-dealer’s defence” in rejecting calls for restrictions on our massive coal exports. That is, if we don’t sell it someone else will! In this view, there is no alternative to the market. And so echoing Fredric Jameson, “it is easier to imagine the end of the world than the end of capitalism”.

Taken together these discourses and practices conceal the environmental destruction that is built into our economic system. Actually dealing with climate change as perhaps the ultimate contradiction of capitalism would require material trade-offs that challenge basic identities and interests.

This is why the alternative to “business as usual” is much harder to imagine and easier to dismiss as the enemy of social well-being – what critics so often characterise as going back to living in caves or a return to the “dark ages”. Indeed, those environmentally aware citizens who argue that we need to leave the vast majority of fossil fuels “in the ground” are demonised as extremists, green terrorists, and a threat to national prosperity. As we saw recently in the Federal Government’s much satirised “radicalisation awareness program” (#Freekaren), ordinary citizens that question our economic madness are now subversives of the highest order!

Ultimately the “success” or otherwise of the Paris climate talks are unlikely to threaten the fundamental dynamics underlying the climate crisis. Dramatic decarbonisation based around mandatory limits upon consumption, economic growth, and corporate influence are not on the agenda nor open for discussion. Rather, global elites have framed the response to climate change around an accentuation of the very causes of the crisis.

In essence, the prevailing corporate view is that capitalism should be seen not as a cause of climate change but as an answer to it. Thus a problem brought about by overconsumption, the logic goes, should be addressed through more consumption.

This capitalist imaginary of unending growth, prosperity and mastery over the natural world is central to our undoing. Unfortunately, until this changes, the dominance of corporate capitalism will ensure the continued and rapid decline of our once-bountiful and habitable planet. As we conclude in our book, changing this world-view is perhaps the most profound challenge we face in responding to the existential crisis that is climate change.

This talk was presented on ABC Radio National’s Ockham’s Razor program on Sunday 22nd November. The audio broadcast can be heard here.

3 thoughts on “Corporations and climate change”